Larry Graber has spent almost 20 years working in human resource management. His career started in an unconventional way. He had been working as an office manager for a transportation company and was contacted by the owner wanting Graber to join the central office in Omaha, Nebraska, as the Personnel Manager (HR) and Safety Director. This privately held company was a smaller company with 550 employees in seven states. Wanting to grow in the company, Graber accepted the challenge, even though he had no idea what he had gotten himself into. When he arrived in Omaha he found the previous Personnel Manager and Safety Director had decided to leave his position early. Graber had one day of training and was left to perform the HR and Safety Management components of the organization. This was before the days of HRM and organized HR training. Needless to say, those days for Graber were filled with anxiety and sleepless nights.

Graber discovered a great deal about himself during those first weeks and months while learning about the inner workings of the company and performing the HR and Safety management functions of the organization. He learned that it is extremely important to surround himself with great people who possessed the information that he needed to learn, understand, and apply. Asking for help became the mantra he used for the first year. Since that time, Graber has discovered the benefit of collaboration and used collaboration to improve his HR skills. He survived the learning curve and was on his way to a long career in HRM.

Some of Graber’s accomplishments include utilizing his collaboration skills in improving connectivity with a severely siloed organization, helping with the flow of information between all locations. Larry served as a member of a National Safety Committee in Washington, D.C. and worked with the Federal Transportation Agency in setting policy and direction for the passenger transportation industry. Larry also served on the transportation committee, in 2000, in Washington, D.C. during the formation of the ADA (Americans with Disabilities Act) and how to incorporate this civil rights legislation into the passenger transportation industry.

He has devoted most of his professional life to HRM and to some degree Safety Management, he has worked in very large organizations as an Employee Relations Specialist with Best Buy Corporation and Buffets, Inc. It was here that he refined his employee relations skills and learned to effectively deal with serious employee and employer issues including harassment, discrimination, and workplace violence. Most recently Larry was Human Resource Director for a nonprofit homeless shelter in the Twin Cities. It is here that Graber had opportunities to teach adult learners life and work skills coming out of recovery programs trying to reenter the workforce clean and sober, often for the first time in their lives. He enjoyed working for the homeless shelter and began to understand just how much he enjoyed teaching adult learners. Graber finally returned to school to finish his master's degree and pursue teaching as a profession. He has been teaching as an assistant professor in the MAOL and PRM programs for Saint Mary’s since January 2014.

Get more details about the faculty teaching in Saint Mary’s University’s online Master's in Project Management: call 877-308-9954 to speak with an enrollment counselor or request more information. 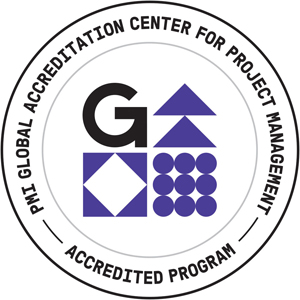